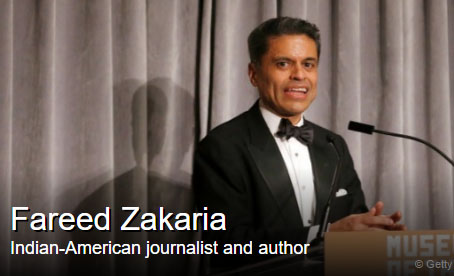 “Jefferson’s fear was that without such a system of public education, the country would end up being ruled by a privileged elite that would recycle itself through a network of private institutions that entrenched their advantages.”

― Fareed Zakaria, In Defense of a Liberal Education

“America’s forefathers had a vision of a spiritually enlightened utopia, in which freedom of thought, education of the masses, and scientific advancement would replace the darkness of outdated religious superstition.”

“Some very worthy persons, who have not had great advantages for information, have objected against that clause in the constitution which provides, that no religious test shall ever be required as a qualification to any office or public trust under the United States. They have been afraid that this clause is unfavorable to religion. But my countrymen, the sole purpose and effect of it is to exclude persecution, and to secure to you the important right of religious liberty. We are almost the only people in the world, who have a full enjoyment of this important right of human nature. In our country every man has a right to worship God in that way which is most agreeable to his conscience. If he be a good and peaceable person he is liable to no penalties or incapacities on account of his religious sentiments; or in other words, he is not subject to persecution. But in other parts of the world, it has been, and still is, far different. Systems of religious error have been adopted, in times of ignorance. It has been the interest of tyrannical kings, popes, and prelates, to maintain these errors. When the clouds of ignorance began to vanish, and the people grew more enlightened, there was no other way to keep them in error, but to prohibit their altering their religious opinions by severe persecuting laws. In this way persecution became general throughout Europe.”
~Founding Father, Oliver Ellsworth, Philip B Kurland and Ralph Lerner (eds.), The Founder’s Constitution, University of Chicago Press, 1987, Vol. 4, p.