On the way to the March for Our Lives protest, I met some very impressive young adults in their senior year. Kristen and Olivia.  Volunteers for Amnesty International, an organization, a global movement of more than 7 million people who take injustice personally.  We had a great and enjoyable conversation.  One is planning to go into accounting, the other in International Relations and possibly politics.

I see a hope in this generation.

WHAT DOES AMNESTY DO?

They investigate and expose the facts, whenever and wherever abuses happen.

We lobby governments, and other powerful groups such as companies. Making sure they keep their promises and respect international law.

By telling the powerful stories of the people we work with, we mobilize millions of supporters around the world to campaign for change and to stand in defense of activists on the frontline.

We support people to claim their rights through education and training.

March For Our Lives

More than a million people showed up for the March for Our Lives rallies across the country Saturday, according to crowd estimates from local officials and organizers in several cities.

The news says that one of the largest marches was here in Denver, 26,000 people expressed interest in attending, 10,000 people were expected, but so far I haven’t found the exact numbers that actually attended.  I know observing this gathering personally, it looked as large as the first Women’s March I attended.  The Women’s March was inspiring, this march was not only inspiring but also provoked so many more feelings.  I actually found my eyes stinging with tears as I listened to these young people speak, seeing young children that need to go through “lock down” exercises in school.  Innocence lost concerns me for children – it should concern all adults and parents.  Our children should not have to live like this.  I thought our country was better than this.

However, what I did find hopeful was that this generation of children is so aware, so articulate and politically inclined. I saw a less apathetic generation that is currently able to take action but has not.  This generation is ready to ACT!

This movement is the beginning for new leaders in our country.  These leaders are currently in their teens but history will mark this day in their biographies.  I see these kids becoming great leaders.   Just as the Civil Rights movement went down in history, so shall this day. 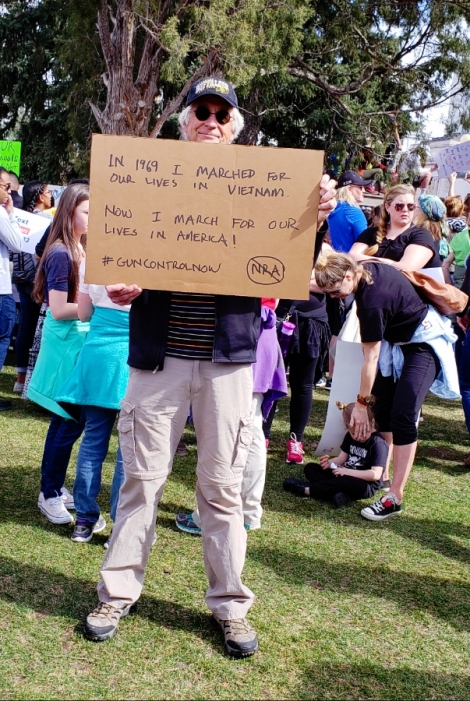 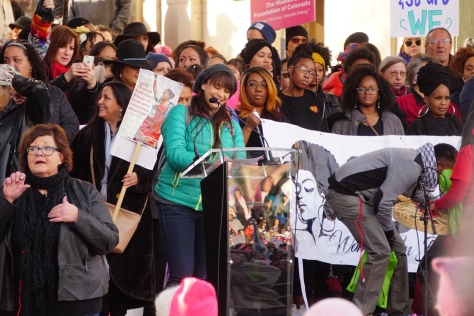 As women, we must speak out, speak up, say no to our inheritance of loss and yes to a future of women-led dialogue about women’s rights and value. 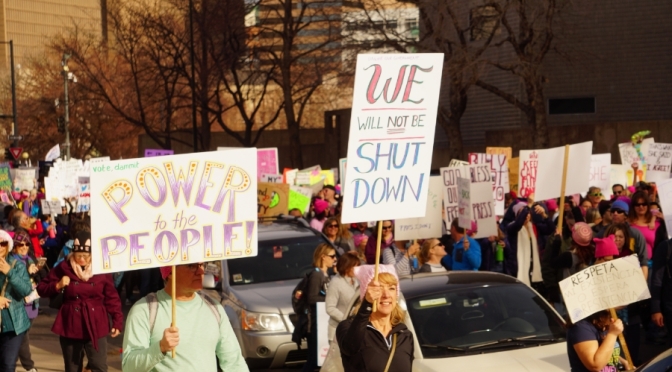 Throughout history, it has been the inaction of those who could have acted; the indifference of those who should have known better; the silence of the voice of justice when it mattered most; that has made it possible for evil to triumph. 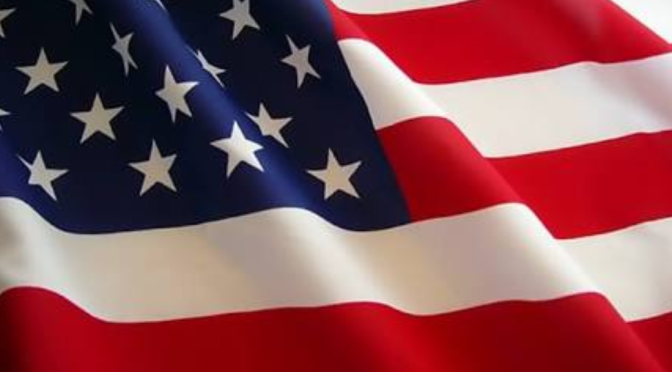 Standing for the flag or Acting on what it Stands For
All this controversy whether kneeling or standing with arms locked is disrespecting our country’s  flag has many people upset, some confused.  “For liberty and justice for ALL”.  I believe it would be disrespectful if we did not honor what our flag stood for and STAND UP for our rights to insure that we are indeed the country that our armed forces through the life of our country spilled blood over to give us. – the liberty and the freedom for justice for ALL.  Those who only see the kneeling during a song are missing the big picture and are not understanding the injustices that are going on. Respect is earned, Defending our democracy is respecting our country and given by partcipating and not quietly allowing it to be taken away. Democracy is not something fought for just on foreign soils but here in our own home. we cannot allow racism, bigotry and hatred destroy us.

The Platinum Dragon
Blog at WordPress.com.